Think outside the box and take a risk 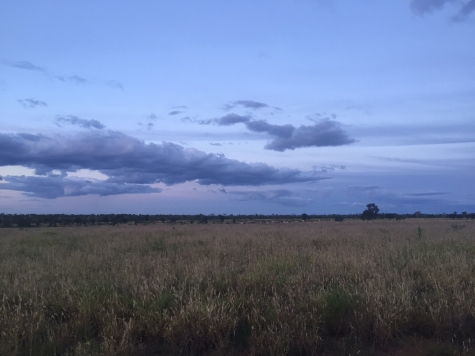 One of my company's biggest successes has been when as a team we collaboratively thought outside the box. In fact, when I first started Marketing Eye in 2004, I changed a paradigm by setting up my own segment within a saturated market, to stand out. It was this 'thinking' that provided a big risk, yet an even higher reward.


It worked. And my business isn't the first to have had success in doing so.

Thinking outside the box is not as easy as it sounds. Sometimes ideas come to you when you least expect it or from people that you never imagined would be able to contribute to what you are doing.

Charters Towers is about to embark on a new era, and that means that more and more people will feel free to think outside the box and explore idea creation and innovation. It's important for progress and even more important for those who are seeking to be successful.

Not every business idea works. In fact, most fail. Just like Thomas Edison who failed 10,000 times before becoming successful with the light bulb, we have to all be prepared to fail.


It's where we go from there that counts.

1.  Thinking outside the box is hard work and requires you to think freely without repercussion.
2.  'Lean In' to the world of collaboration and bring people together that are like minded to brainstorm.
3.  See failure as success. It's one step closer to you being successful, so embrace it.
4.  Know that when you are passionate about something, you will never work a day in your life.
5.  When looking to 'think outside the box' don't choose to do so with people that are 'yes' people or that think like you.
6.  Workshop your ideas
7.  Research your idea to see what others are doing.


Innovation is key and its the foundation for success. Be brave, take risks, accept challenges and be prepared to bootstrap until someone else believes in what you are doing!