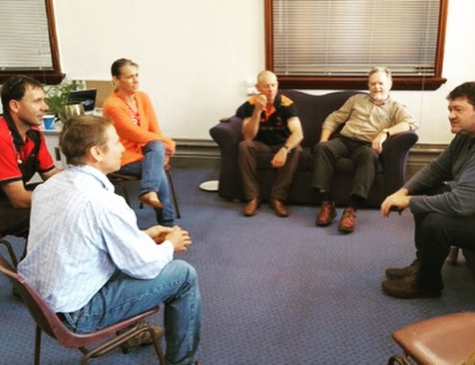 Charters Towers also received a visit from Steven Phillips (Twitter @mawsonguy), a guy who sold his business to Twitter and worked for Twitter in the US, who is in town visiting family. He currently lives in Brisbane.

He met us through our Twitter handle which goes to show just how powerful Twitter and social media is in general for getting The World Incubator brand out in the market. After a few tweets with myself, we set up an appointment for him to visit everyone at The World Incubator and have a chat, share experiences and in general inspire our startups.

We are already working in with QUT, and they have been forthcoming with mentorship and collaboration - so we are incredibly excited as to where this will head. Also, through Twitter, QUT contacted us regarding mentorship. Amazing! We had already been speaking to the Dean's office, but this was another big coupe for the startups. (Twitter @QUTCode)

Also this week we had @GeoffAEdwards ring in and mentor the crew at The World Incubator.

Things are in week 5 and are certainly getting traction. A special thanks to Melanie Adams (Twitter @Melanie37165104)

Let's see what comes out of this weeks idea generation and inspired startups.
2316 Views
Tag :