The leap of faith into entrepreneurship isn't what you think 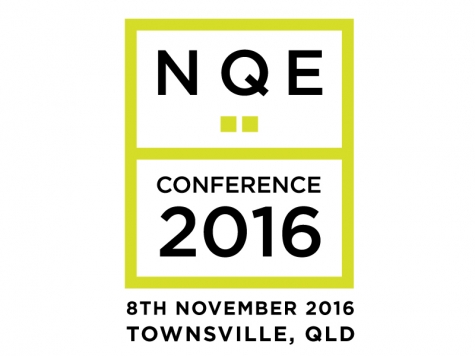 Everyone's experience into making the leap into entrepreneurship is different. Some say they were born entrepreneurs, other's fell into it and then you have the one's who are inspired by others and decide to give it a go.

The North Queensland Entrepreneur's Conference is the first of its type in Townsville, that collaborates all surrounding regions as far down as Hervey Bay, with some of the world's most intriguing, interesting and plain rich entrepreneurs giving their take on what was the essence of their journey to where they are today.


My favourite Jack Cowin, started KFC in Perth after asking some of his closest friends of $10,000 each and expanded both KFC and fast food in general throughout Australia, finally settling on the harbour in Sydney with his wife and four children. He has always been an astute investor, and he knows a good investment when he sees one. He bought into Channel 10 and sold out at an astronomical amount of money, Bridge Climb investment started when a YPO forum buddy wanted to get it off the ground, and then there's Dominos where he is singularly the largest shareholder netting him more than a billion dollars.

What's most interesting about Jack is what a humble man he is. His pearls of wisdom come from years of experience, and he shares his life with friends that have been their from the start. He mentors people, of which I am one, and gives back. Generally speaking, if you ask his good buddy John Singleton, he is the guy you like to have a beer with or go to for advice.

Still she hasn't hit that milestone of 40, but this unassuming Southern Belle is beautiful inside and out. She sold her business SeeGee for millions, after already starting CoinX, initially a bitcoin exchange platform that now is a monetary exchange platform that many banks use throughout Australia and Europe. She put everything into this idea of CoinX, and didn't for a second flinch after forking out millions in fees that each State charges to set up. She kept going no matter what hurdle came in her way, and has never stopped for a second in pursuing this dream, even starting her own bank. With no investors, just her own hard earned cash, that she made every penny of, she believes anything is possible. She is on her own journey and has never compared herself to another. A total go-getter ready for anything. She also understands the value of family, and with her husband and two children have moved back to the countryside and set up an organic farm with honey, goats, and lavendar. Already she is kicking goals there too. She flies a helicopter, runs like the wind, and has the best manners of anyone I know. There is nothing about her story that won't touch you.

This man has substance, determination and a country spirit that is irreplaceable. Not only did he capture the imagination of radio superstars Hamish and Andy, he also has an 18 month waiting list on his saddles that are made in Charters Towers and largely exported to Texas, USA. From the farm animals to his sweet, hospitable family, and their pet kangaroo, Michael is a local success story that has thousands of people intrigued to come out and see what was the longest longhorns in the Guiness Book of Records before it was recently overtaken. He does things differently. Works hard and is kind. His success is global, and he is as known in Charters Towers as he is in Texas. You won't leave the room without writing down all of his great inspiring sayings that he lives by.

Tania Nugent started her career on television in Papua New Guinea and went on to produce television commercials and present Arts News in North Queensland before joining ABC Television as the presenter of Behind the News and later other television shows. One day she decided that producing was more of her passion, while presenting still pulls her from time to time, and she has spent much of the past 5 years re-connecting with her home country of PNG and working with Government and Industry to showcase the countries heritage while pushing forth in lobbying for change particularly in the area of treatment of women.

Jack Cowin, Megan Burton, Michael Bethel and Tania Nugent are just four of the 16 speakers at this years inaugural North Queensland Entrepreneurs Conference 2016 at The Ville on the 8th November 2016. It's going to be huge. Tickets are limited and we are trying hard to keep enough for locals who are looking to be inspired, or run small businesses that they want to grow, to sit alongside other business people who are vying to hear from the best. This conference isn't to be missed. It's just $195 for 16 big time speakers.