Taking business ideas from The World to the world, and back to Queensland towns 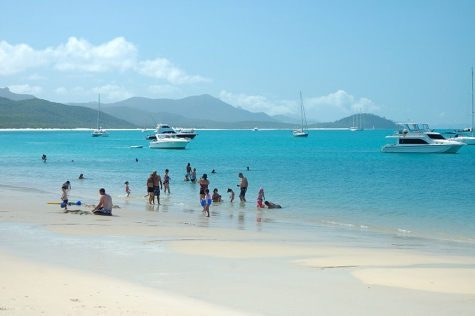 Once you have an idea, how do you get it out there? At The World Incubator we’re taking ideas from The World (otherwise known as Charters Towers) to the world, and that’s no mean feat.


It involves lots of meetings, phone calls, emails, and just good old chin-wags with people in the street, and we’re already thinking beyond it. Once the Incubator is successful – and that's a matter of not if, but when – we want to take that concept to other places. Charters Towers is the pioneer, but other regions around North Queensland deserve this kind of program, too.

It never ceases to amaze me how many innovative ideas are floating around out there. Australians are known for their tall poppy syndrome, and excessive humility, but if we can prove the success of this incubator, I’m sure we could help other people prove their success, too.

Today on The World Incubator’s Facebook page, a woman from the Whitsundays – a region famous for its pristine beaches, sugar cane, and being Australia’s largest winter producer of tomatoes – applauded the incubator concept and said she would like to engage with a program like that where she lived. And that’s the very aim of The World Incubator – to spread out to other communities.

After the Incubator creates successful business ventures and much-needed jobs in Charters Towers, the platform will be there to transfer the idea to other regions that need support. There are many enthusiastic would-be entrepreneurs out there, but drought, rising costs, and simple lack of money and skills cause many to fall at the first hurdles. The World Incubator is there to take many of the responsibilities and worries off people’s shoulders so they can focus on their idea, and make it the best it can be.

But people outside Charters Towers don’t have to wait for The World Incubator to be transferred to other regions to learn how to become an entrepreneur. We are in the early stages of planning an all-day conference for communities from Cairns to Mackay to learn all about entrepreneurship. The conference will feature high-profile speakers representing the global marketing industry, who will share their invaluable skills with the audience. A rare opportunity that deserves a space on the calendar later this year.

Details to come – watch this space!