My first fortnight as Community Manager of The World Incubator 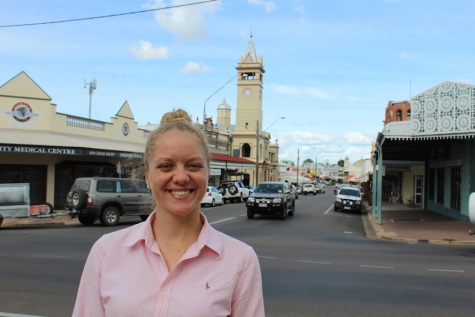 I have almost bedded down my first fortnight as Community Manager of The World Incubator, and I’m tired. But good tired. Satisfied tired.


The past two weeks have certainly not been easy; I cried at one point, and I hardly ever cry. I am used to tight deadlines, technology glitches, and high pressure, but I am being challenged in new ways. Right now, this is my third attempt at this blog because the first two disappeared with a flick of my finger and are nowhere to be found. They’ve disappeared somewhere into to the abyss that is the internet.

Piecing together the inaugural incubator in North Queensland takes a lot of work from a lot of people. It means lots of phone calls and emails with start-up businesses, sponsor knock-backs, sponsor support, and many computer programs to master!

What I’ve learnt… so far

I have been genuinely impressed and humbled by the people I have met. Some of them have run family businesses in and around Charters Towers for many, many years, and they still want to evolve and do something new or different. They’re juggling children, spouses, financial troubles, and general exhaustion, but they have a steely resolve to keep stepping outside their comfort zone.

These are the people that keep our rural communities moving forward.

Words of wisdom: be yourself

One local I met this week, Mick Bethel, who runs a successful Texas Longhorn wagon tour business near Charters Towers, offered some sage advice. He said many people say to think outside the square, but it’s better to stay inside the square and do what you’re doing really well.

Don't get him wrong, he didn't mean you shouldn't try to challenge yourself and push the boundaries, but he believes it's important to stick with your talents. And I agree. We often see people try too hard to be something they’re not, and it doesn’t usually end well.

And that’s what The World Incubator is all about – be yourself. Discover what you want to do and what you want to create. The ‘incubatees’ I’ve talked to so far have that in common; they are in touch with their dreams and visions, and they want to succeed.

I’m learning so much about myself, too, and am excited to keep going to see what else I discover. I just hope those discoveries don't include more computer glitches...