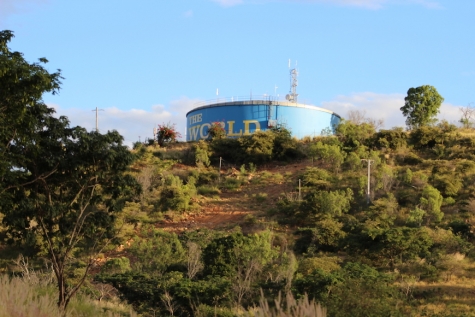 Our world is controlled by the Government, but we rarely get the chance to meet the lawmakers face-to-face to discuss how to solve a problem.


This week, The World Incubator made its first foray onto the radar of the Queensland Government.

After some strong persuasion, the Incubator landed a meeting with an advisor to the Premier’s office, and then squeezed onto the invite list for an employment forum as part the Government’s Working Queensland Cabinet Committee Meeting in Charters Towers, chaired by Minister for Employment Grace Grace.

The whole focus of the Government’s visit to the region was on job creation, the issue at the very heart of The World Incubator.

It seems the Incubator has surfaced at the right time – the Palaszczuk Government has committed to fast-tracking job creation in the wake of the Queensland Nickel crisis, and the Australian Government is spruiking the “Ideas Boom” under the National Innovation and Science Agenda.

What better time to gather support for the Incubator?

The case of good timing hasn’t been lost on the Queensland Government officials I’ve been lucky enough to talk to, who have expressed great interest in The World Incubator and the mutual benefit it could bring to both the Charters Towers region and the Government itself.

We’re a not-for-profit organisation pumping money and resources into the local community to create jobs and make Charters Towers a better place to be.

We’re about start-ups, but there’s more to us than that

One reservation some people have about the Incubator is the concept of handing support to start-up businesses rather than existing ones.

But, almost all of the potential first-round Incubatees ARE existing business-owners in or near the Charters Towers region.

By getting support to bring their new ideas to fruition, those residents will become have more financially sustainable, which will flow through to their other businesses, and therefore, the community.

The idea is to equip people who are living and working in Charters Towers to develop their businesses and create jobs, to make the economy and the community stronger.

I’m passionate about this, and I’m also realistic about the challenges of the climate we’re in and what we will have to overcome to make this happen.

But I refer to the motto I emblazoned on my family crest during craft class in Grade 7: Think Positive!